Everything You Need to Know About Smart Motorways. 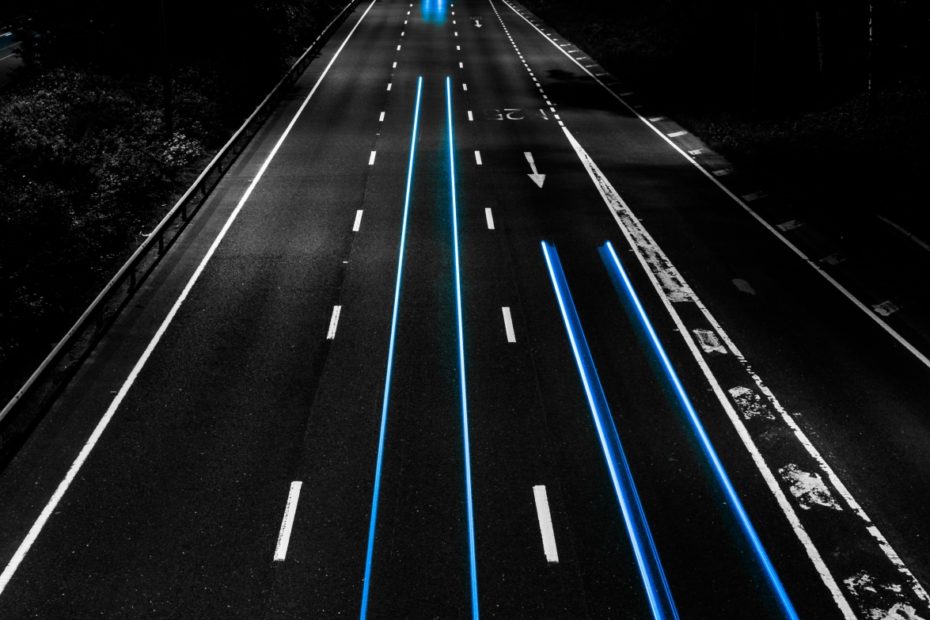 Here at Flexistaff Solutions, we’re all about helping out drivers. From driver CPC training to forklift training, if it’s driving-related, we’re on it. And recently, we’ve been hearing a lot of talk about smart motorways.

There’s been some confusion in recent times as to what a smart motorway is. Who they effect, what they do, that kind of stuff. So, we’ve decided to give you the lowdown and tell you everything there is to know about smart motorways. So, let’s begin.

What Is a Smart Motorway?

First things first – no, a smart motorway is not a life-size Scalextric track. So, get that fantasy out of your head.

A smart motorway is a section of a motorway that uses technology to help ease congestion. As of the time of publishing, there are 3 different types of smart motorways. The three are:

Controlled – People cannot drive in the hard shoulder of this type.

Dynamic Hard Shoulder – The hard shoulder can be opened when needed.

How Do Smart Highways Work?

When congestion is detected on a smart highway, overhead displays and signs will inform drivers that the hard shoulder can be used as a lane. This will be on a part-time or permanent basis, depending on the conditions of the congestion. The idea is to help ease congestion in a certain area and prevent any serious delays.

These boards will also display any speed limit changes in operation on the motorway. Once again, this may take effect if congestion or other variables are detected. The conditions of the motorways are checked by one of several central hubs. These hubs contain personnel who will decide when to open/close lanes, open the hard shoulder, and adjust speed limits.

Additionally, drivers will be given a 60-second grace period regarding their speed on smart motorways. This means that when drivers are informed of a reduction in the variable speed limit by the overhead signs, they have 60 seconds to reduce their speed. After this time, speed cameras will begin to enforce the new speed limit. This process prevents drivers from breaking sharply and helps avoids unnecessary panic in drivers.

What Happens If I Break Down on a Smart Motorway?

If you’re unfortunate enough to break down or have an accident on an area of smart motorway, there are currently two options being provided.

The first is that, if you can, to take yourself to a dedicated emergency area marked out with blue signs displaying an orange SOS symbol. These areas are equally spread out along smart motorways to provide the best coverage to drivers. Reports claim that, if you’re driving at 60mph, you should be in the proximity of an emergency area every 75 seconds. This allows drivers the opportunity to make their way into these areas without too much trouble.

However, if you’re unable to make it to these emergency areas, drivers are advised to pull up as close as possible to the left-hand verge, boundary, or slip road. Switch on all hazard lights and, if visibility is poor, rear fog and sidelights. The driver and any passengers should leave the vehicle only if it is safe to do so and should wait on the other side of any safety barriers, well clear of the vehicle.

If the driver and passengers are unable to exit the vehicle, perhaps due to being in the middle or inside lanes, remain calm. Keep your seatbelts fastened, turn on your hazard warning lights, and call 999. This is where the technology used on smart motorways comes into play. As the CCTV cameras will locate your position, assess the situation, and close lanes accordingly. This will be displayed to fellow drivers via overhead display signs, notifying them of lane closures well in advance. This will help to avoid congestion and traffic when incidents such as breakdowns occur.

Where Are the Smart Motorways?

As of January 2020, there are several stretches of motorway in the UK that are now operating as smart motorways. The complete list is as follows:

Is There Anything Else I Need to Know About Smart Motorways?

Currently, many drivers believe smart motorways are not a good idea. They believe that the problems they solve are outweighed by the problems they bring. When speaking to the BBC, president of The AA, Edmund King, said “Driver’s don’t trust smart motorways and with 38% of breakdowns happening in live lanes that is not surprising. There is much confusion and fear out there”.

The UK government announced recently that it will be adjusting and implementing a series of updates to the smart motorway system soon.

Currently, the government has 3 major adjustments in the works. First, to end dynamic smart motorways. Second, building more emergency areas. And third, to install a radar-based SVD (stopped vehicle detection) across all smart motorways within the next 3 years.

There you have it. Everything you need to know about smart motorways. For more articles, be sure to check out our blog page. Or, if you’re thinking about becoming a professional driver, why not enquire about getting your driver CPC now?

Thank you for reading, and we’ll see you next time.